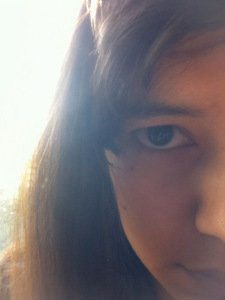 We are now about halfway through May, which also means we are about halfway through Asian Pacific American Heritage Month. When looking at the way of things last year, it’s mind-boggling how much has changed, while some things remain the same. Nowadays, Hollywood, despite previous failures, continues to whitewash roles meant for Asians and Pacific Islanders (as proven from this latest abomination surrounding the upcoming biopic about Ben Kanahele), whereas the White House is not doing anything to properly acknowledge this month beyond the half-ass statement Trump released at the beginning of it.

Representation matters, regardless of what anyone may say against it (and those who do really need to have a look over of their own privilege) and in the past, when in discussion about this particular month, I’ve explored this subject matter through a personal lenses and at different angles; from seeing stories about people like me being portrayed on screen to how I fit in on the growing list of Asian American authors. However, I’ve yet to discuss an angle that hits even more close to home, regarding an issue I’ve becoming increasingly aware of in recent time.

When people think of Asian American representation, it’s quick to envision stories and faces revolving around those of East Asian descent (i.e. Chinese, Japanese, Korean, etc.). What people may not always realize is that there are stories that go beyond that. I’ve noticed how the same kind of attention isn’t always emphasized to people who are Filipino American, Indian American, Persian American, and so on, and the times where such a story surrounding such a character does succeed, all this hype suddenly comes out of the wood works. Otherwise, there are times where such Asian Americans aren’t always included in the conversation or otherwise given such attention.

I should emphasize that that isn’t always the case. In fact, for the most part, from what I’ve been able to witness in instances like panels at conferences, film festivals, and so on, they’re often top notch when it comes to including voices of all kinds from the Asian American community. It’s just that in the occasional instances where I’m not seeing that, when there isn’t any attention given to a voice within the community who’s not of East Asian descent, I can’t help but be thrown off a bit.

If you’re still not getting what I mean, let me dive right into my personal experience and observations of lack of inclusion of non-East Asian Americans. I remember feel quite pissed off when I heard from someone who’s not Filipino on how we’re Pacific Islanders. Another instance: Earlier this year, for the first (and probably not the last) time in my life, I experienced colorism when I was turned away from something for not being of East Asian descent. (Let me just say that for those who are ignorant enough to believe that all Asians are the same, this is proof that such behavior unfortunately exists in our community).

In a way, it doesn’t surprise me that these occasional prejudices didn’t dawn on me earlier in my life, for as someone who wasn’t brought up in the Filipino culture, it’s been a process of figuring out what that part of my identity means to me, as well as my overall outlook as an Asian American and on the community. For me, the process has been understanding the issues and subjects that matter to the community at large, before proceeding into specifics; in particular, specifics that affect me as a multiracial Filipino American. Now that I am more aware of these attitudes and prejudices, going forward, I know to do something about it.

One way I intend to do so, as one may guess, is through my writing. In my first two novels, while a number of my main characters are Hapa, most of them were of part East Asian descent. At the time of writing them, it was a way for me to incorporate my thoughts and experiences as a mixed race Asian American, but I felt that if I made them Filipino, it would be too close to who I am. However, going forward, I aim to change that. While my third novel is going to be set in a world that’s not our own, I definitely have every intention to have the characters of this space that I’m creating look more like me – dark eyes, dark hair, brown skin – than my peers. It’s all in the matter of getting closer to my truth by way of representation.

An Absolute Mind is now available for purchase on Amazon, Barnes & Noble, CreateSpace, iBooks, Kobo, Smashwords, etc. If you read it, please leave a review, for they’re greatly appreciated and help me grow as a writer. Also, be sure to check out its Goodreads page, and feel free to leave any questions you have about the book.