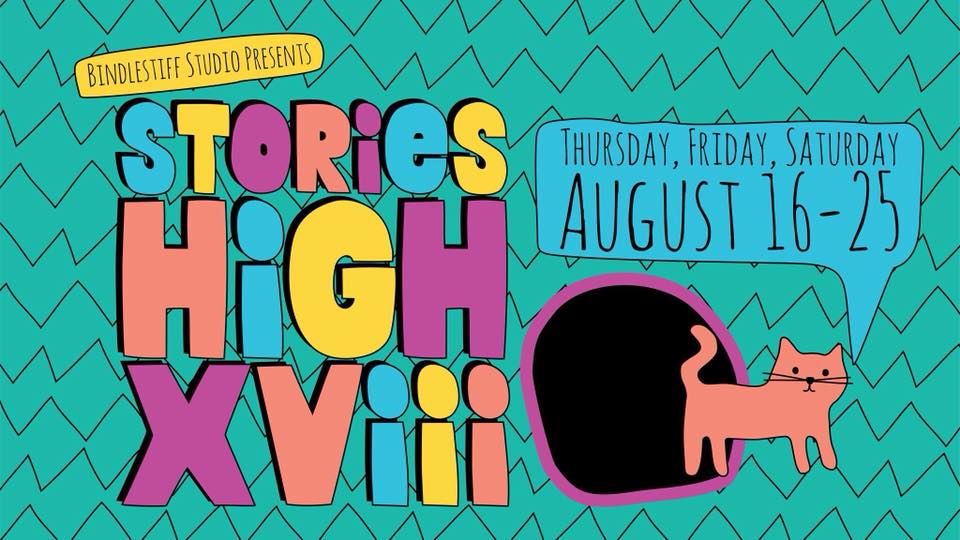 August has come and gone, and it was a month that had a lot of meaning. On one hand, for many people of the Asian American community – myself included – it was a celebration of the releases of numerous films where Asian Americans were the stars of their own stories and/or were taking charge from behind the camera. On the hand, this month had an added level of depth to it for me, as it was truly a busy time both as an author and a playwright.

“Stories High XVIII” completed its run last week. While it didn’t have as long of a run as last year’s rendition, there was still a descent turnout for all seven of its performances. My one-act play, “Infinite Range,” led the way as the first of this year’s six selected works, as it played out the story of two people getting to know each other, while diving headfirst into issues prevalent to those of the Millennial Generation.

It made for a different kind of piece than from what I’ve written previously, and rightfully so. To hear people laughing at all the right moments and cheering Dante and Justine on was a refreshing reaction to a story of my own doing. Sometimes, that’s all it takes to tell an effective story. Where there is conflict, it doesn’t always have to be by way of misunderstandings and shouting matches. Humor can go the distance as well.

Last week was also when the Local Author Book Fair took place at the Mountain View Public Library. It was my first book event in a little over a year and my first time participating in a book fair. It was a nice change of pace from events that I have done in the past, for I was not the only author there. As a result, there was some pressure taken off of me than from what I’d normally experience otherwise.

I got to interact with a number of individuals who came through – some a little more questionable than others – and as a result, I got a few more people interested in my work, and a few more copies of An Absolute Mind into people’s hands (including the library itself). It made for a good experience for me; one that I hope to replicate at a higher level in the future.

To have both “Stories High” and the book fair coincide with the release of such films like “Crazy Rich Asians,” “To All The Boys I’ve Loved Before,” and “Searching” gives me a sense of hope; that hope being that as I continue to grow as a writer and create more work, maybe the time is soon arriving that it will all actually mean something and be understood at a much deeper level. As I’ve made known by now, I’m writing my first feature-length screenplay, and with other projects in the works and being developed, perhaps something substantial will come out of them.

That is my major takeaway from my August anticipations during #AsianAugust. I can see all only going up from here on out.

An Absolute Mind is now available for purchase on Amazon, Barnes & Noble, CreateSpace, iBooks, Kobo, Smashwords, etc. If you read it, please leave a review, for they’re greatly appreciated, they help me grow as a writer, and they help with getting other people to find out about it. Also, be sure to check out its Goodreads page, and feel free to leave any questions you have about the book.

Also, if you are able to, I hope you can go support me in all that I do by leaving a tip over on Ko-fi. I do a lot of writing that I get paid very little for or not at all, and so this is a way of showing your support other than just reading my content. Donations of varying quantities and frequencies are greatly appreciated.