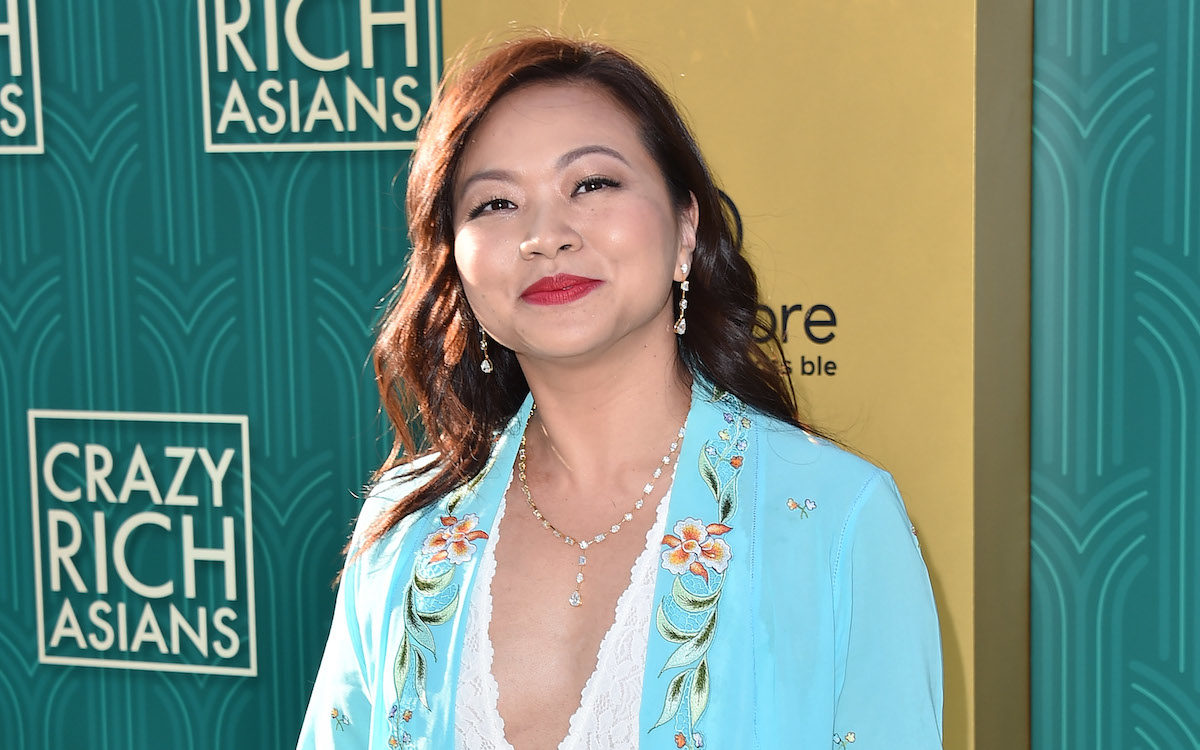 So this news is a little over a week old, but for the sake of its context, it’s something I wanted to dive into and dissect, while providing my personal take on it. After all, one of my long-term goals is to become a professional screenwriter myself, much like the bad-ass that is screenwriter Adele Lim.

It’s been over a year since “Crazy Rich Asians” was released to worldwide acclaim. While for the longest time, it looked like everyone who was involved in the first film were set to participate in the two sequels, as of last week, that is no longer the case when The Hollywood Reporter broke the news that Lim departed the franchise, on account of a massive pay disparity between her and her white male co-writer, Peter Chiarelli.

It’s been a week. My gratitude to the countless people who voiced their support. To people going through their own fight – you are not alone. Also, I have only love for @jonmchu and the cast & crew of #CRA. It was/is a movement and I’ll always root for its continued success ❤️

If you’re wondering by how much, it’s a whopping 1/8th of a difference. According to sources at Warner Bros., while Chiarelli’s salary was $800,000 to $1 million for the sequels, Lim would only be making $110,000+. While Chiarelli even offered to split his fee, she turned that down, stating that the money she makes shouldn’t be “dependent on the generosity of the white-guy writer.”

Lim is currently writing the script for Disney’s upcoming animated film, “Raya and the Last Dragon.” While the House of Mouse was initially going to carve out time for her to work on the “Crazy Rich Asians” sequels, after all this, unless if the higher-ups at Warner Bros. are willing to own up to their huge mistake, it’s probably fair to say that they’ve officially lost her to Disney.

Even though there’s still plans to go forward with the “Crazy Rich Asians” sequels, I wouldn’t be surprised if this controversy throws it off schedule to some extent. But I’m not even mad. I mean, I’m mad, but not at Lim. If anything, I have all the more respect for her than I did a year ago. I believe she is in the right for leaving the franchise and being so open about the reason why.

If you’re wondering as to why Lim wasn’t paid as much, the excuse all comes down to experience. “Crazy Rich Asians” is the first feature film she has written, and the third for Chiarelli. But when you have a film that made $238 million worldwide, why would you still let experience get in the way of giving her a much larger slice of the pie?

On another note, if it’s experience that’s getting in the way of what Lim rightfully deserves, then it’s fair to point out that she has been in the business way longer than Chiarelli. While his first writing credit was the 2009 film, “The Proposal,” Lim’s first writing credit was a 2002 episode of the show, “John Doe.” She has been writing for TV before she landed with “Crazy Rich Asians.” Since when does TV writing not count for something in the bigger scheme of things?

Also, considering the fact that for the longest time, women and people of color haven’t been afforded the same opportunities as their white male counterparts, how in the world are they supposed to go up the ladder of experience at all? The system as it is is set up against them, and it’s not fair for Lim and other screenwriters in similar positions.

There is another note that Lim was wise to point out, which is that she was originally hired to add details of cultural specificity. She finds this concerning, see that her significant contributions to the script was only looked as, in her words, “soy sauce;” to make a project culturally authentic without diving into the deeper undertones of being culturally authentic.

I was shocked to find out about this, for I had always assumed that she was there from the beginning. While I always found it strange that one of the co-writers was a white man, I could have sworn to have heard somewhere that he was brought on to uphold the romantic-comedy aspect to it. It really does not look good to learn that she was brought on just for the sake of adding cultural nuance to the film, when she has contributed so much more to the story at large.

“Crazy Rich Asians” would not be the film that it is without Lim. While I have not read the Kevin Kwan novel it is based off of, from what I’ve been told, the female characters are much more developed in the film. There’s no way you could have gotten that with just Chiarelli alone.

Also, can we talk about the much hailed mah jong scene that takes place towards the end of the film? That scene was not in the book, and yet it’s such a well crafted scene. It shows who Eleanor Young is up against and how she has truly underestimated and misjudged Rachel Chu. That all happens as they play their game, and if you read even further into how that game played out, you’ll see how that scene alone should have raked in so many awards for Lim.

In a way, I’m glad that this controversy is unfolding, for it sheds a light on one of many things that have been wrong with Hollywood for a majority of its history. I’m just sad that it had to happen to her. Also, in case you’re curious as to what director Jon M. Chu has to say about it, he tweeted this statement out earlier this week:

For those of you who are asking… pic.twitter.com/1SoFLrUBbF

I see this controversy, and I’m admittedly a little nervous of what I’m up against as I pursue my ventures into becoming a screenwriter. Writers in the film industry in general aren’t given a lot of credit for what they do, unless if they also happen to produce and/or direct as well. For me, being a mixed race Filipino American woman, the odds are already against me for both my identity and my own small palate of experience. That’s how it currently is for someone like me.

If this controversy leads to change and opens up doors for up-and-comers like myself, I’ll have people like Lim to thank for that, for standing her ground about one very important thing: She deserves more than what she has been given.

2 Replies to “The One About Screenwriter Adele Lim”