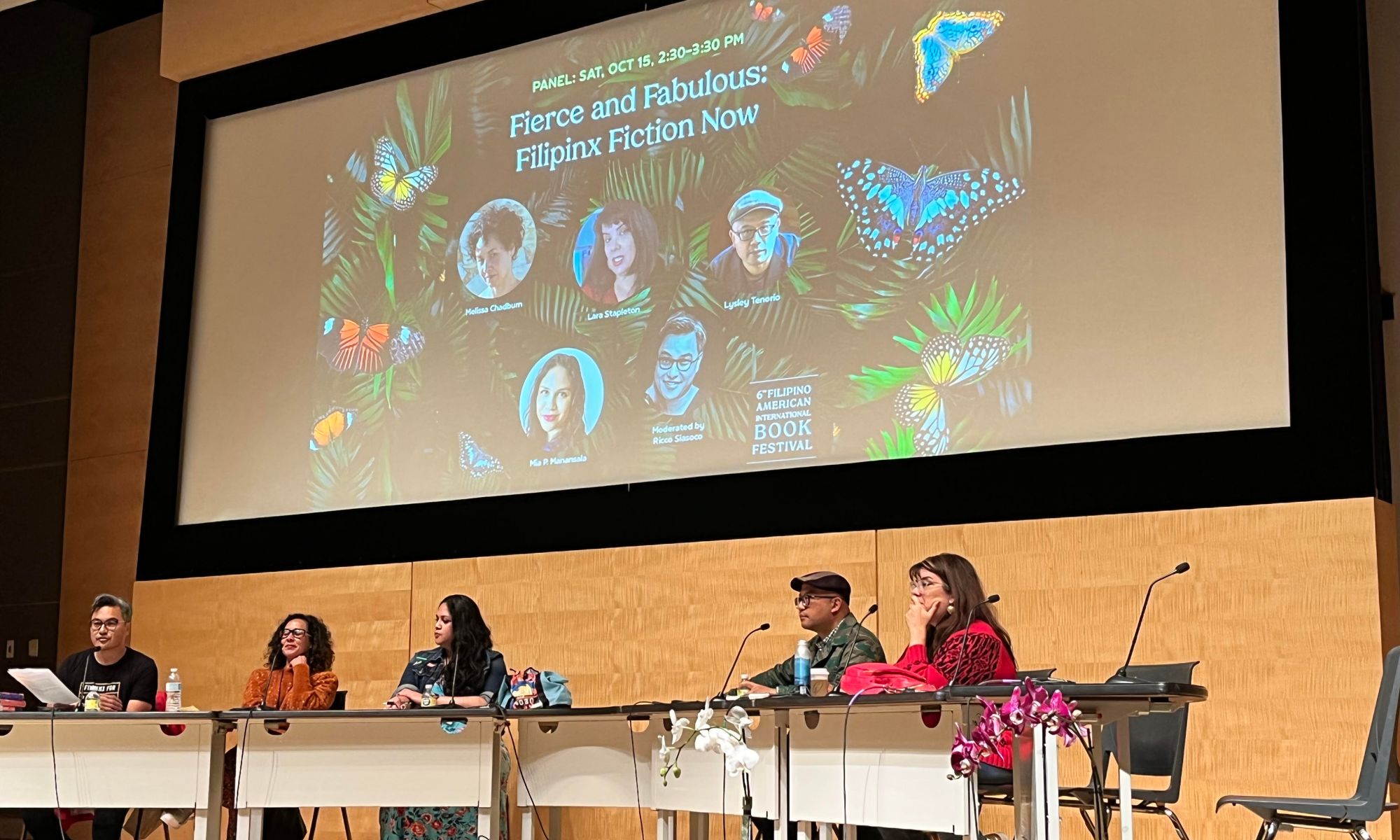 For reasons predictable by now, it’s been a hot minute since I last was at a book festival; whether as an attendee or as a participant. To have seen book conventions like BookExpo shut down in recent years, as well as a recent surge in book banning in different parts of the country, books feel particularly precious now more than ever — especially those authored by historically underrepresented communities.

That’s why it meant a lot for me to be present for the sixth Filipino American International Book Festival last weekend in San Francisco. Traditionally held every two years but paused last year due to the pandemic, it is the largest festival of its kind in the country, drawing in Filipino authors both from here in the U.S., as well as all over the world. It’s a free event, filled to the brim with speakers — including with the likes of Nobel Peace Prize recipient, Maria Ressa — as well as panel discussions, workshops, and even a market for people to purchase books and comics.

I went ham — although not too hard — on my purchases, with Randy Ribay’s debut novel, An Infinite Number of Parallel Universes (a book I’ve been wanting to get my hands on for quite some time), and Carlos Bulosan’s America Is in the Heart (an essential piece of Filipino American literature) now new additions to my collection. In addition, I was thrilled to see both Kwento Comics and Diwata Komiks have a presence this year, and bought the latest comics from their respective, ongoing series.

It wasn’t just a day spent strolling about the market five million times. I sat in on the opening remarks to the festival, which even included performances of new songs from a musical-in-progress, “Larry the Musical;” a musical retelling of the life of Larry Itliong. I also attended some of the panels they had going on; such as a panel about incorporating Filipino folklore for a modern audience, a panel focused on contemporary Filipino American novelists, and a panel where we heard from voices of graphic novelists from the Filipino diaspora (one of them was from the UK).

It’s the panels that I want to focus on in particular, because I thought it was interesting how two out of the three panels involved in-depth discussions about authenticity. The panels in question were specifically spoken widely during the Filipino folklore panel and the novelist panel. It’s a topic that, without question, is on the minds of many Filipino American creatives. While there’s more of us prominently working now than ever before, and for a wider audience beyond our own, it’s an understandable topic of discussion to be brought up. You want to represent yourself, your experience, and your culture right, and that’s a lot of pressure. It’s most surely a sentiment that white people will never truly understand.

But it was Mark Nazal, founder of Diwata Komiks, who put it best when he said that, “Authenticity is in the one writing.” What he’s saying is that as long as the story is coming from an authentic place, then that’s what will make it real. Filipino Americans, and Filipinos in general, are not a monolith, and so the stories we tell and how we tell them are going to vary from one creative mind to another. Even though the subject matter wasn’t talked about at all at the graphic novel panel, that point came through anyway from the several variety of stories that each of the panelists shared.

I strive to keep this in mind as I continue on my own writing journey; on “Dasig” as well as other projects, regardless of whether or not they’re Filipino American-focused. It definitely resonates with me as a biracial person who was raised in a white household. But after hearing Mark’s remark among others, I bear in mind my reality and that as unusual as my lived experience is, it’s still valid.

It was a fulfilling day to spend at the Filipino American International Book Festival — a sight to see back in action after all the isolation and trauma we’ve been through in recent years. With the fact that “Dasig” is slated to come out next spring, it’s so crazy to think that the next time this book festival happens, I’ll probably be a participant at it. I’m looking forward to it.